This day of remembrance began after the end of the “Great War” in 1918. A moment of silence on the 11th hour of the 11th day of the 11th month commemorated the loss of millions of young lives in a deadly conflict. That moment marked the anniversary of the end of WWI, the war to end all wars.

In 1954, President Dwight D. Eisenhower—a famous [tag]Veteran[/tag]—signed a proclamation that November 11th would be known as Veterans Day.

The gruesome fact is, wars have not ended. American military personnel continue to go out into the world and fight for us and for others—non-Americans. The spirit of freedom and belief in liberty required to do so too often goes un-appreciated by we “ordinary” Americans back home.

Whatever the military or political reasons why Americans go out to sacrifice their time—and some, ultimately, their lives—the fact remains that the United States has a long history of stepping in to conflicts to support liberty, democracy and just plain freedom.

Americans who serve in our military forces believe in that vision. They serve often without question and with a belief they are doing the right thing.

The least we non-serving citizens can do is support them in the smallest way possible: by saying, “Thank you,” on Veterans Day.

I have long made it a point to say “Thanks” to any [tag]veterans[/tag] I know; when I meet them for the first time I will stop, shake their hands and say, “Thank you for the time you spent in service to our country.” Often, this expression of gratitude takes the Veteran by surprise.

It should not, and, on this most solemn of American holidays, while American troops serve voluntarily in conflicts around the world, a few words of thanks are most necessary.

Please take a moment to say, “Thank you,” to a [tag]veteran[/tag] you know. Your gratitude doesn’t have to be expressed eloquently, nor delivered with candy or expensive gifts. Just stop what you’re doing for a brief moment and say, “Thank you.” The few seconds it takes you to express your appreciation for the sacrifices that our Veterans have made in our behalf are all that is necessary.

In so doing, you’ll come to reflect on the idea that veterans are an important component in our American way of life. The work that veterans have done is a reflection on our viewpoint of freedom: everyone should have it. Without the work they have done—and continue to do—by serving our great nation, much of the freedom and rights we take for granted every single day might not exist.

It is easy and simple—and very necessary—to say thank you to a Veteran on Veterans Day. 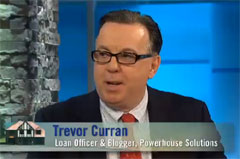 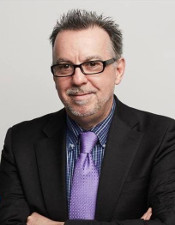